A superb sounding mandolin antique music box made by the firm of Samuel Troll of Geneva, Switzerland in c. 1865.

The fully overhauled musical movement plays an excellent selection of 6 operatic airs: The Barber of Seville; Le Prophete (in the video); Faust(the Jewel Song); Mozart’s The Magic Flute; Orpheus in the Underworld; and After the Opera is Over. The sound is quite magnificent, especially given its compact size, and uses the mandolin arrangement to great effect.

The movement is lever-wind, and also has an interior dustlid. The tunesheet is original, and by its serial number 841 (also stamped on the movement) indicates this is an early box by Samuel Troll, a firm that went on to establish itself as one of the premium manufacturers of music boxes in Geneva.

The case is rosewood with an inlay to the lid, and also has an interior dustlid to protect the musical movement. 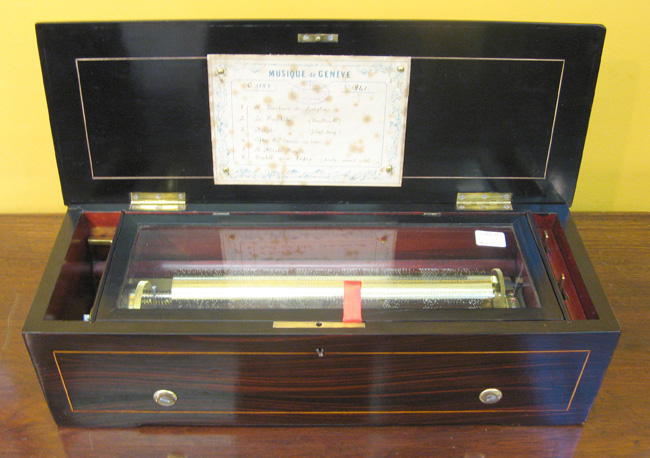 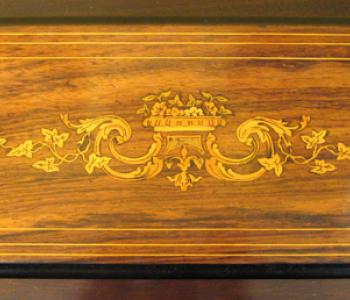 Enquire about this item