A nice quality 12-air antique music box made by Nicole Freres of Geneva, Switzerland in c. 1890.

The movement features a zither baqr and a double spring for longer playing time, and plays a selection of 12 mainly popular tunes including ‘Funiculi Funicula’, ‘Estudiantina Waltz’ and ‘In Old Madrid’ as detailed on the original tunesheet.

The movement was overhauled some years ago and sits in a nicely inlaid roeswood case which has recently been refinished. 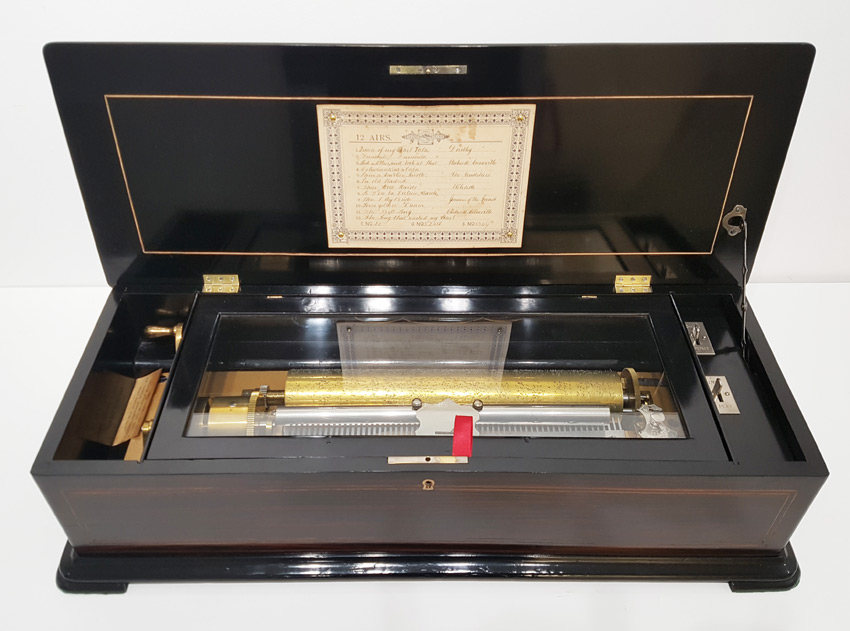 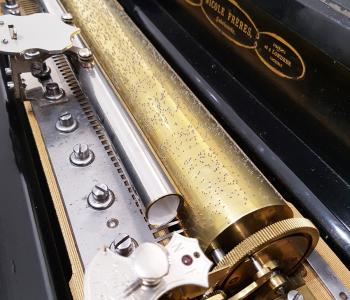 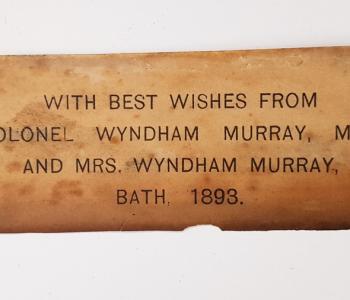 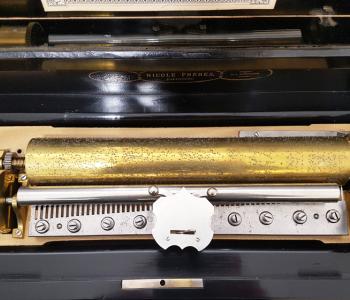 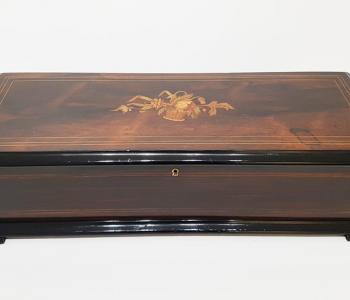 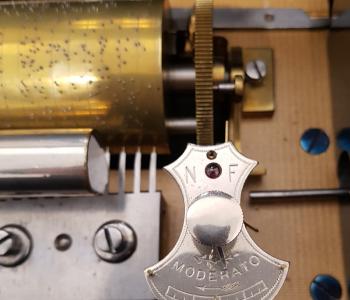 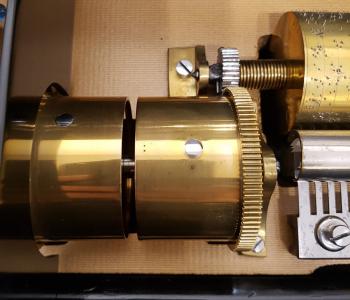 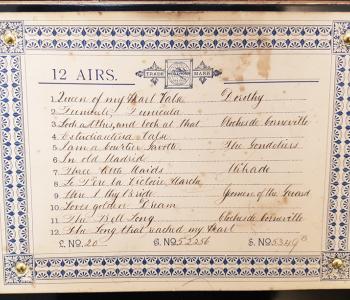