It plays a selection of 8 well known tunes of the day, inbcluding the unusual addition of the Brazilian National Anthem (the second tune in the video), as well as ‘The Blue Danube’ by Strauss (the first tune in the video), Verdi’s ‘Il Trovatore’ and Flotou’s ‘Martha’, as detailed on the original tunesheet.

The musical movement has recently been fully serviced and is in excellent condition.

The case is most unusual, and features an inlay of a pair of zebras to the lid. Combined with the inclusion of the Brazilian National Anthem, it most probably added an air of exoticism to the box when first manufactured – perhaps in the 1870s zebras were believed to roam the Amazon rainforests...

These eccentricities make this a most unusual and charming antique music box, with a beautiful sound and musical arrangements. 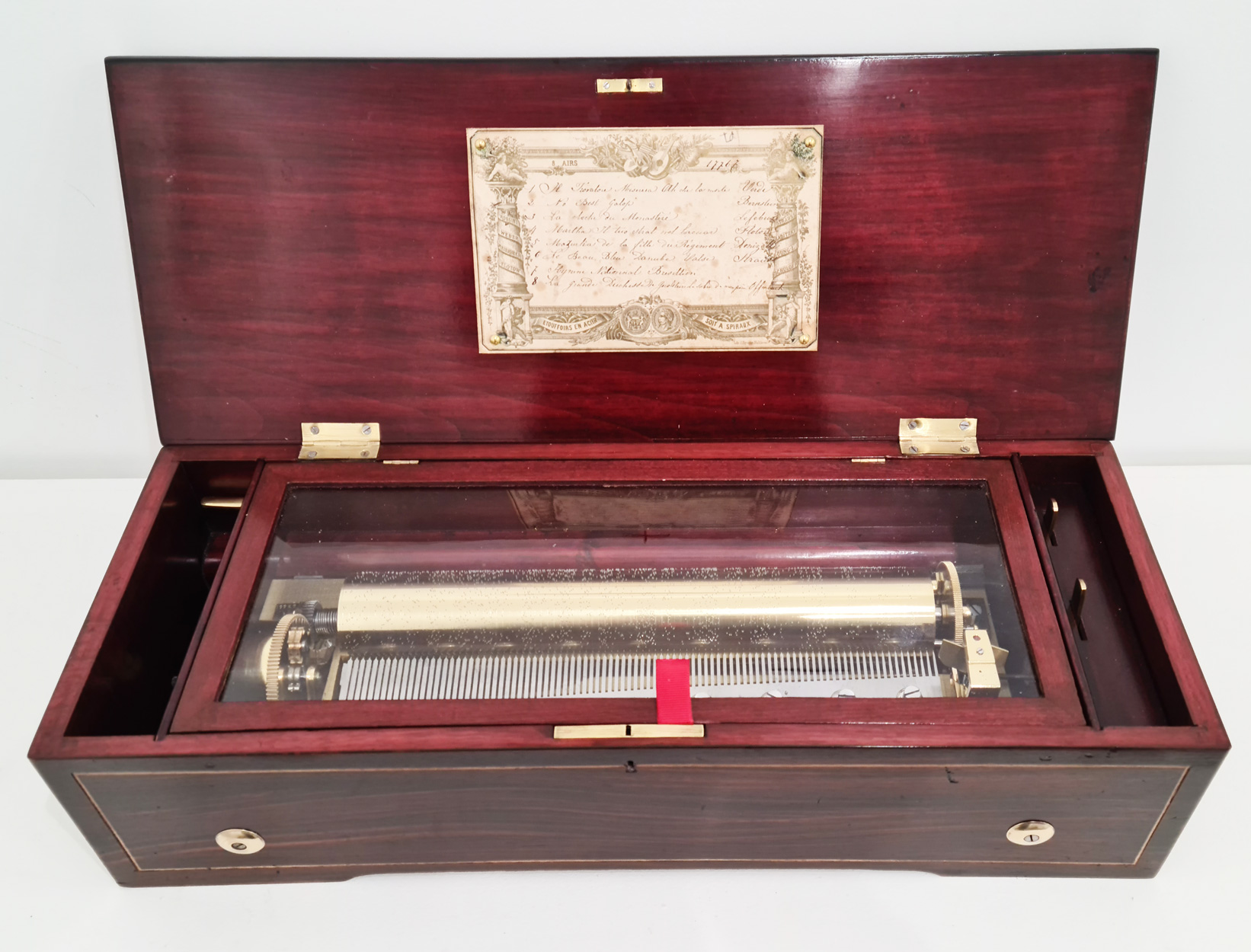 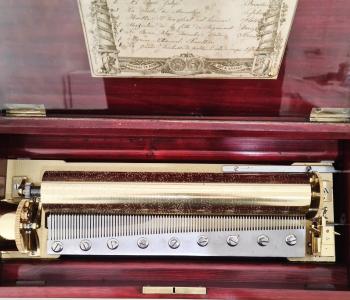 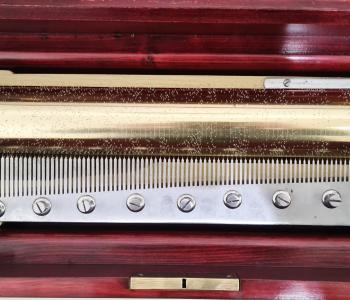 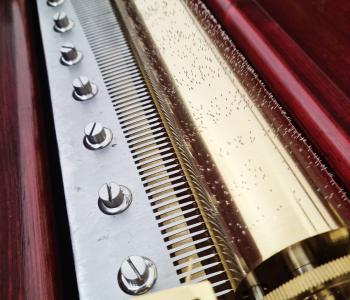 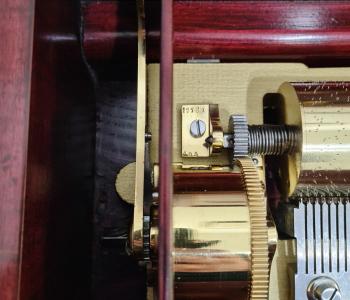 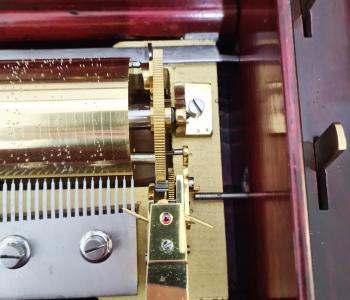 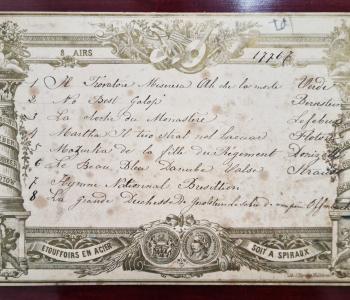 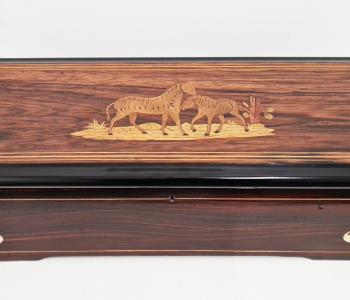 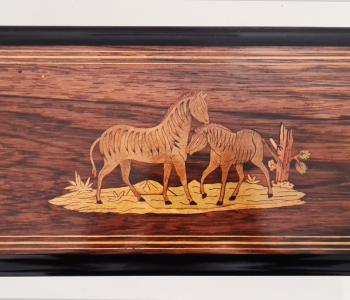 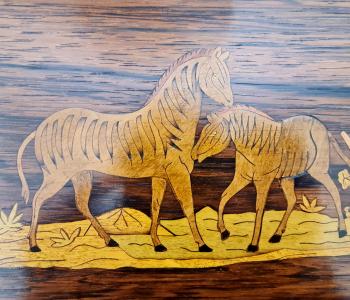 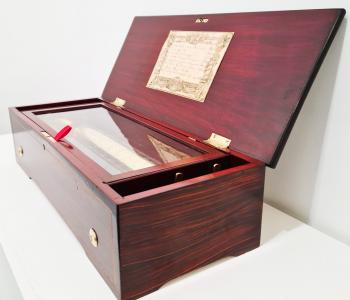 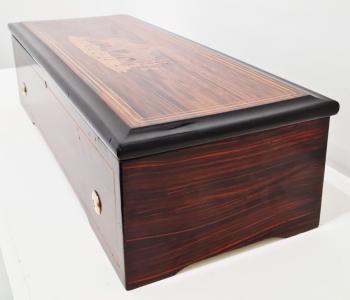 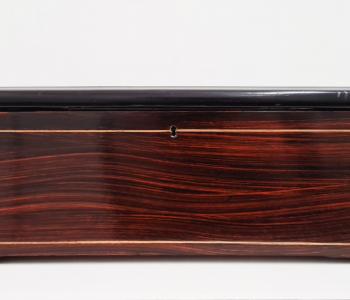