A rare example of a band of dogs playing musical instruments as part of a musical picture automaton, made in Austria in c. 1890.

The seven dogs each move to the music played by the small musical movement in the back of the picture which can be tunred on and off at will. There's a great range of characters in the picture: note the face of the little scruff in the lower right hand corner, and the enthusiasm of the pug playing the triangle hanging from his tail. Most of the moving parts are working well.

The musical movement plays one tune and is in decent condition, as is the original case. 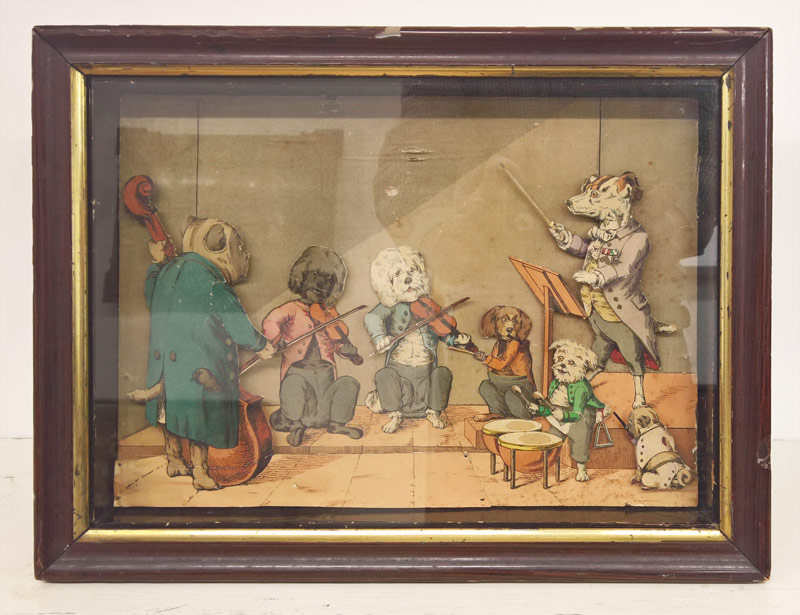 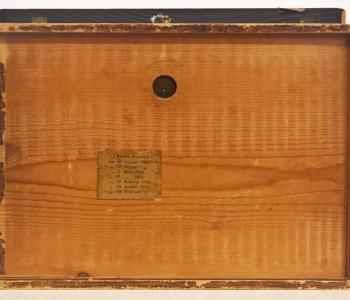 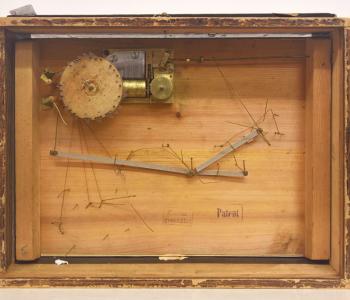 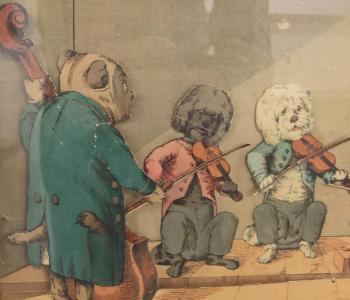 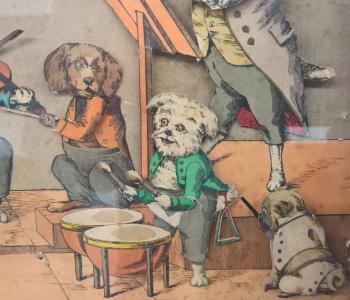 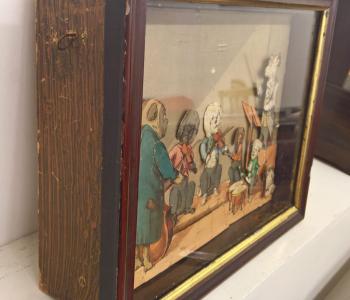 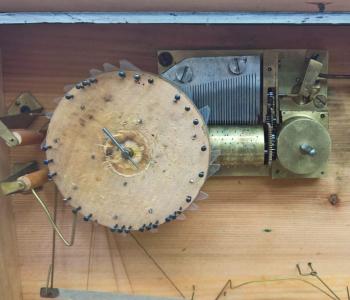 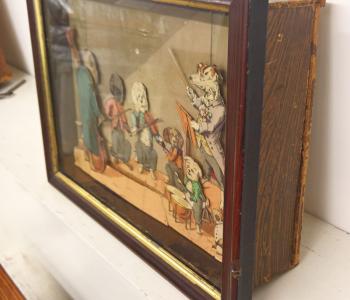 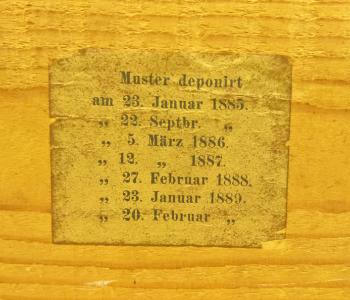